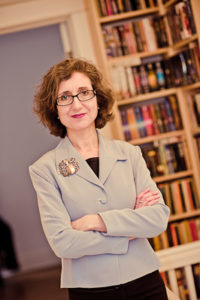 Maria Meindl is the author of The Work, Stonehouse Publishing (2019). Here’s some more information about the book. Her first book, Outside the Box from McGill-Queen’s University Press, won the Alison Prentice Award for Women’s History. Her essays, fiction and poetry have appeared in many publications including The Literary Review of Canada, Descant and Musicworks, as well as in the anthologies, At the End of Life: True Stories About How We Die and The M Word: Conversations About Motherhood. She has made two radio series, Parent Care, and Remembering Polio for CBC Ideas.

From 1993 to 2010 she ran The Writing Space Press with Diana Kiesners. She was a member of the editorial board of Descant magazine from 1995 to 2001. In 2005, Maria founded the Draft Reading Series which specializes in unpublished work by emerging and established writers. Draft puts together a limited-edition publication for every reading.